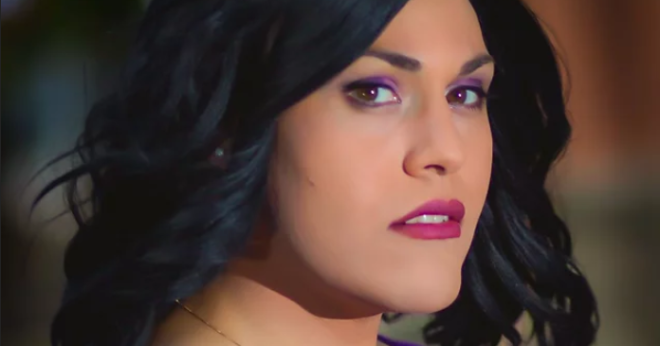 This year has certainly been a weird one. It’s been full of far too many twists and turns – as other writers have joked, the pacing has been a nightmare and the storyline just isn’t believable – and as has been the case for too many people, my life was thrown out of balance in more ways than one. I’ve had to adjust to a new world both globally and personally, and a lot of things have been more difficult: productivity, creativity, finances, knowing what in the world I’m doing with my life… you know, all the good stuff.

But as difficult and stressful as this year has been, I’ve also had the opportunity to work with some truly incredible people on a variety of unique collaborations. One of my favorite things about my freelance editorial work is that I get to learn so much from other creators and artists, explore new genres, and engage in conversations not just about craft and technique but about representation, honesty, and perspective. It’s such an honor to be trusted with someone else’s work, especially when it comes from the heart, and it is so important to me to treat it with as much compassion and gratitude as possible. So I thought that it would be lovely to start highlighting some of the incredible people I get to work with here… starting with one of my oldest clients and fiercest friends, a director & playwright extraordinaire whose writing never fails to astound me.

Sharifa Yasmin is a trans Egyptian-American director and playwright raised in South Carolina. She was the Artistic Director and founder of Sojourner Stage Theatre Company and has completed directing fellowships at several prestigious companies. She’s also currently a 2020-21 National Directing Fellow with the Eugene O’Neill Theatre Company.
Sharifa uses her two areas of study – theatre performance and sociology – to produce pieces of theatre that are not only powerful but focus on socioeconomic issues and marginalized communities, empowering herself and others and shedding light on stories that are often suppressed or obscured. She has written one short play and two full-lengths, the most recent of which (THE DEVILS BETWEEN US) was chosen for a produced reading as part of the Women’s Theatre Festival “Occupy the Stage” in November 2020.

From the first time Sharifa and I met way back in 2016, I knew she was destined to be a revolutionary playwright. She was focusing mostly on directing at the time, but we had so many late-night conversations about words & voice & stories that I was just dying to see her artistic vision translated into dramaturgical craft. I kept bugging her to send me the old plays that she’d written, and she kept telling me they were terrible, and I kept telling her that was nonsense, until finally she relented and let me help her edit a project she’d just started working on. And, reader, it was more than worth the wait.

The most remarkable thing about Sharifa Yasmin’s work is her ability to cut straight to the heart with earnest and vulnerable stories that leave you feeling raw but somehow hopeful, pulled open at the seams yet ultimately filled with gratitude. You can feel the soul – her soul – in every single scene, and when you add in sharp monologues, beautiful stage directions, and eternally witty dialogue, her plays leave you transformed and transfixed. Every time she sends me a new slice of her world in play form (which has been a blessed five projects since that first one), I fall in love, and the most stunning example of this is her most recently published full-length play, THE DEVILS BETWEEN US.

In this OwnVoices play featuring and written by a trans Muslim woman, Sharifa explores weighty issues of transphobia and homophobia, violence, and sexual abuse through the story of George, a young closeted gay man trying to keep his father’s auto shop afloat, and Latifa, his ex-best friend and boyhood lover who has come back to town to take care of her estranged father’s funeral. Their accidental (or perhaps not-so-accidental) meeting after years of no contact is rife with unspoken tension that quickly leads to scorching arguments, heartbreaking accusations, and revelations about the past that will change both of them irrevocably.

THE DEVILS BETWEEN US is not an easy play to read, or to watch. It’s full of hard moments and painful truths, scenes that drag the breath from your lungs and leave you reeling. And all of it is so absolutely necessary – to the story, to the audience, to the world. This is a play that needed to be written, and you can feel the catharsis of that in every single line. Its characters are messy, complicated, human in a way that tests the bounds of your compassion and your anger at once – you as the audience are asked to recognize the characters’ shortcomings and to hold them accountable for their choices while also recognizing that each of these people are deserving of love and dignity. You’re made to sit with all of their pain and frustration, to feel what it means to desperately turn away from ghosts every single day until you can muster the strength to confront them. And above all else, you’re made to understand that taking on that fight alone is impossible – healing can only be attained if one is brave enough to let others in.

THE DEVILS BETWEEN US was chosen for a produced reading this month as part of the 2020 “Occupy the Stage” Women’s Theatre Festival, so of course I had to be there right in the (virtual) front row… and I have never experienced a play like this before. Watching DEVILS unfold on stage for the first time after reading through it in so many different forms and iterations, after seeing firsthand the amount of literal blood, sweat, and tears that went into telling this story… there’s no other word for it: I was overwhelmed. Seeing that story, these characters, this writer get their chance to take up space on a stage – to speak up, to matter – it’s one of the most incredible things I’ve ever experienced and I am so honored to have been a part of it.

You can read THE DEVILS BETWEEN US in The Methuen Drama Book of Trans Plays, and follow Sharifa Yasmin on Twitter @SharifaYasmin_ or through her website to watch what is sure to be a groundbreaking and transformative career.

YA and MG Author